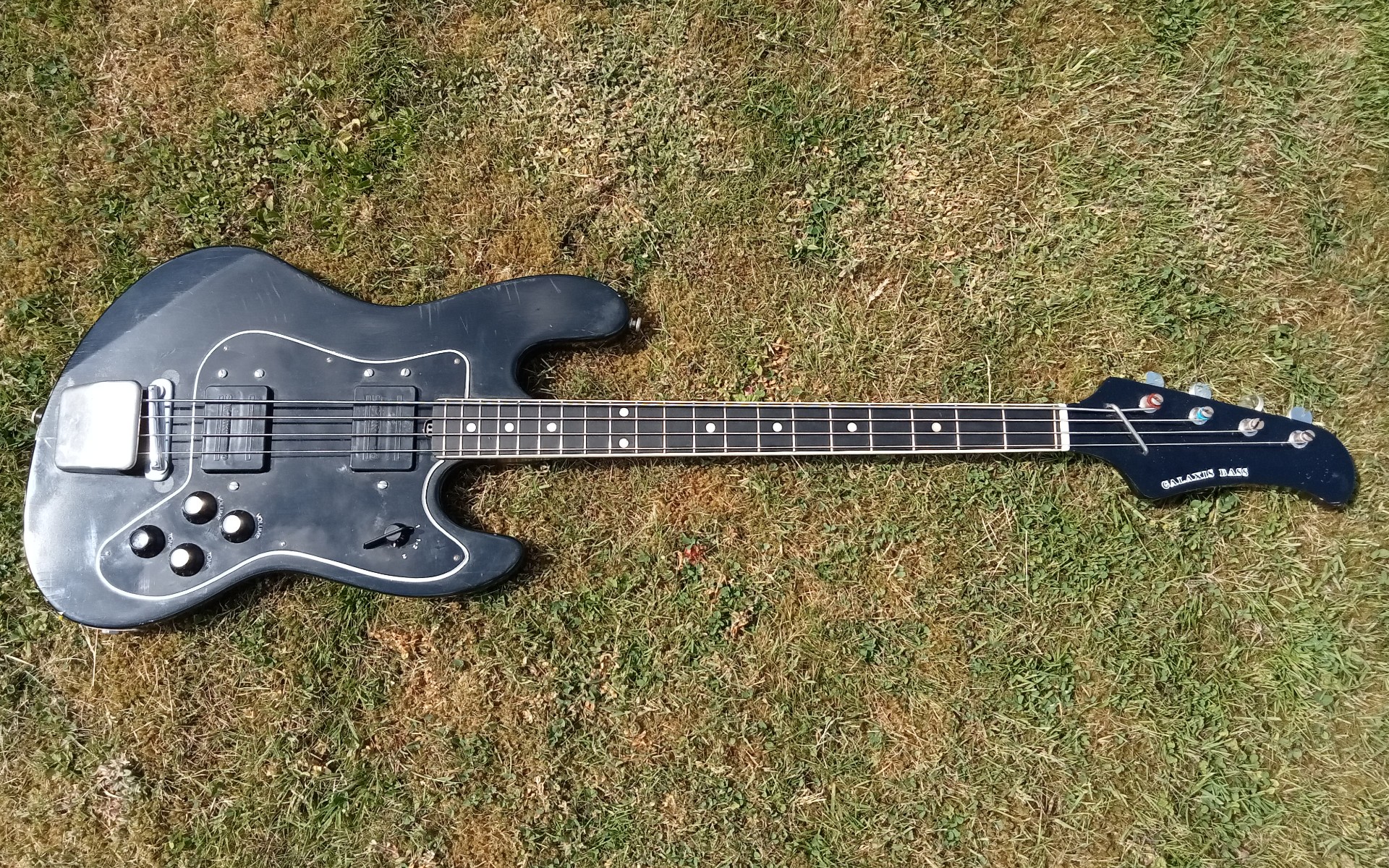 This bass guitar was acquired to integrate my family material and the instruments used by the group at work (with bass player, Muriel Collart). The Jolana Galaxis bass was produced in the Soviet USSR since 1960. More precisely, it would be made since 1980 at Krnov in Czechoslovakia or Czech Republik (Moravia-Silesia / Bohemia), since 1980. It is said that “in the beginning only a black finish was available, and red guitars were produced after 1982”. A very popular instrument, it was made in many different colours (see below). It is sometimes qualified as a “jazz bass variation” or “Jaguar variation”. It is still for sale, nowadays, in countries formerly belonging to the ancient USSR and in the Russian Federation.

The scale is 80 cm. It has a maple neck, original frets, a zero fret, with plastic inlays. The body, which shows the shape of a jazz bass, could be in alder (aulne). The pickguard, black with a white binding, is fixed by 6 big screws and 6 small ones. The original bridge was lost but replaced by a steel one made by Gaby El Greco (Saint-Nicolas-Lez-Liège) (ill.1). Two pick ups marked “Saphir”, which seem humbeckers, may be used separately or together by a three-way selector switch “1”, “1+2” or “2”.  There are four buttons: two for volume, two for “tone”. It seems that its number is “3667”. 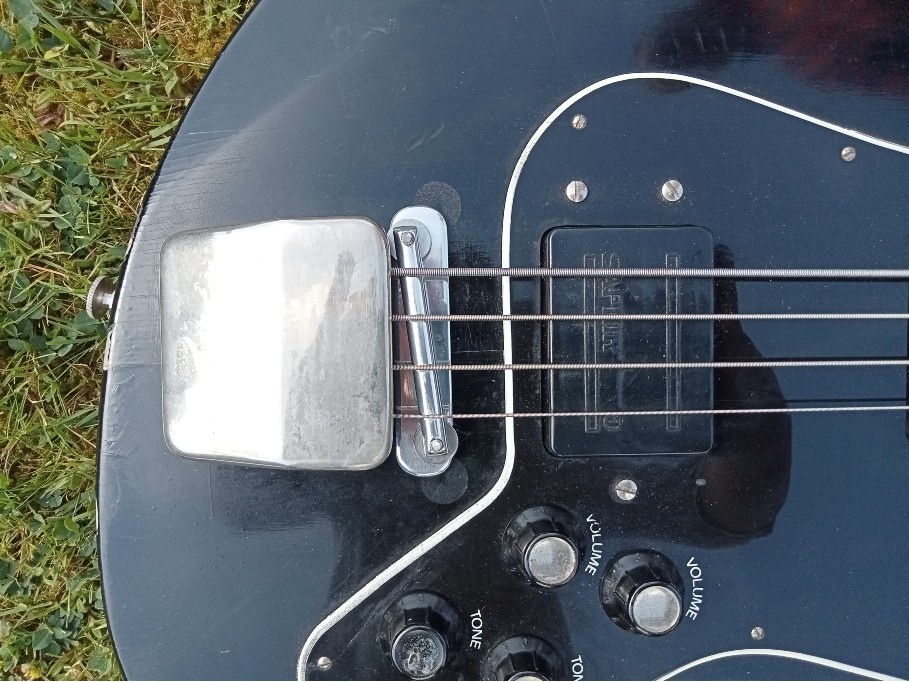 It looks very much like the Jolana Galaxis bass reproduced below, which shows the original original bridge  (ill. 2). Produced in many colours, it was – and still is – sold in the ancient USSR and in the Russian Federation (ill. 7-10).

The Galaxis 6-strings reproduced below has the same pickguard as the Jolana Galaxis bass  and it also has two pick ups marked « Saphir », the same three-way selector and the tone/volume buttons (ill. 3-4). 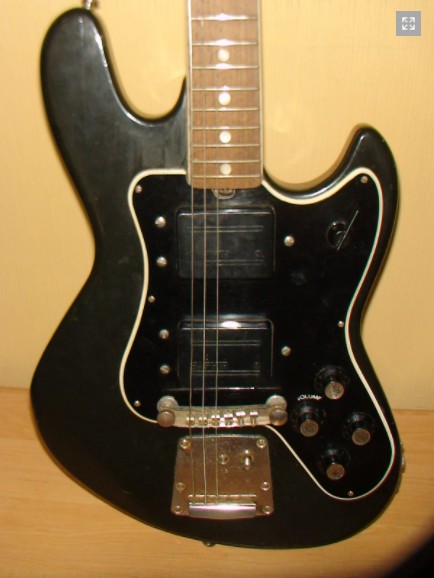 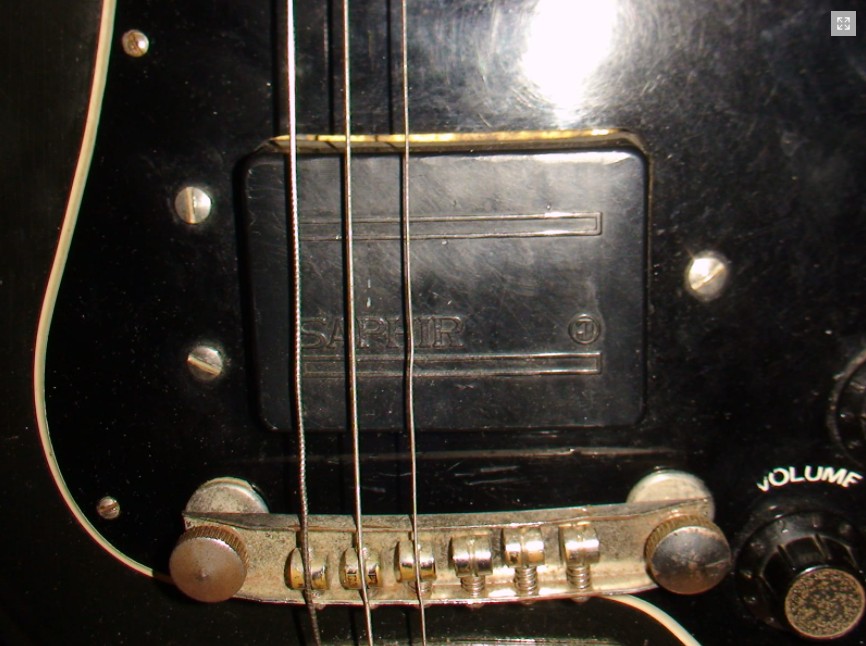 In the bass guitars, the shape and the structure of the head, as the keys, are the same (ill. 5). 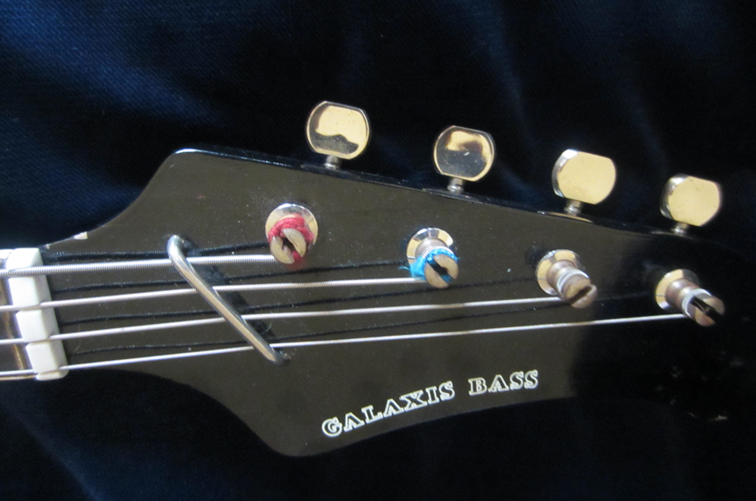 The red Jolana Galaxis bass below has the same tailpiece as ours (ill. 6). 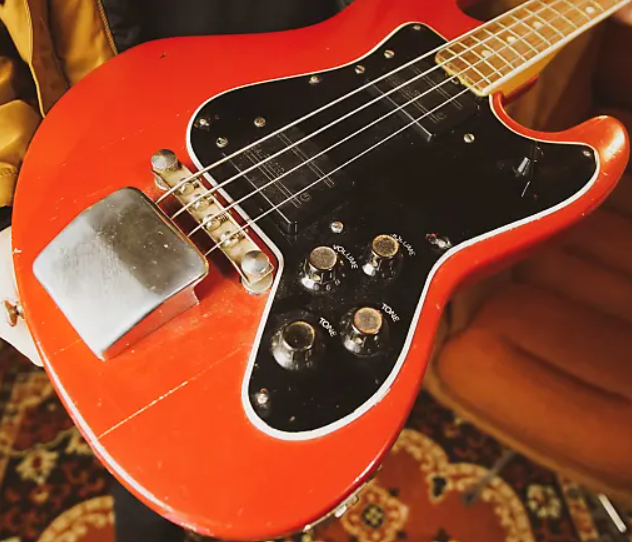 The cream Jolana Galaxis bass below was sold in Novomoskovsk, Ukraine (ill. 7). 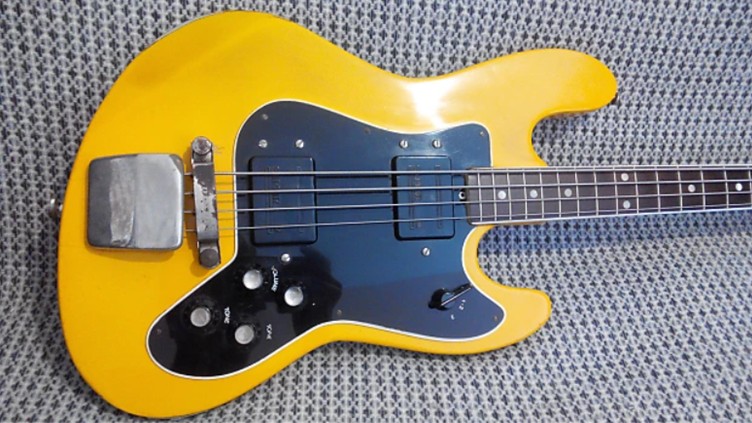 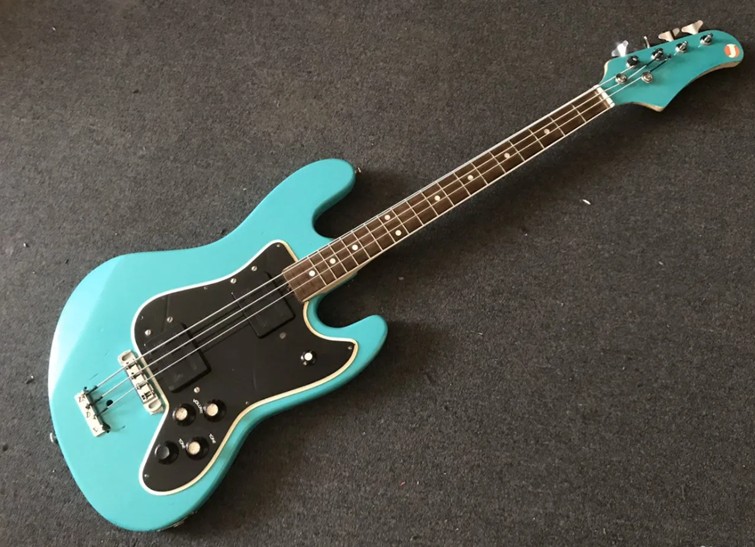 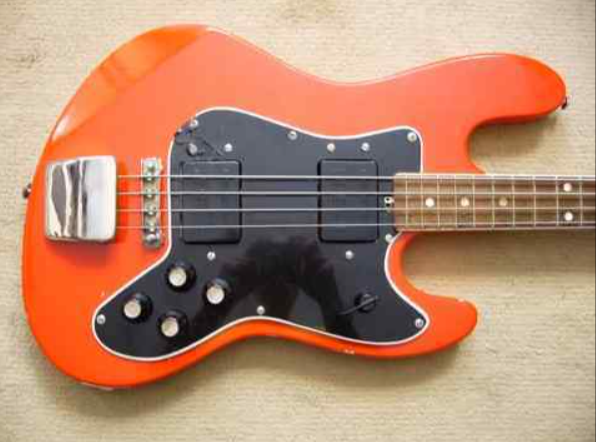 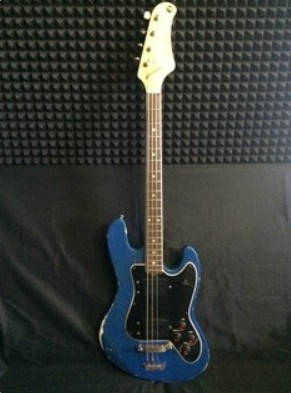