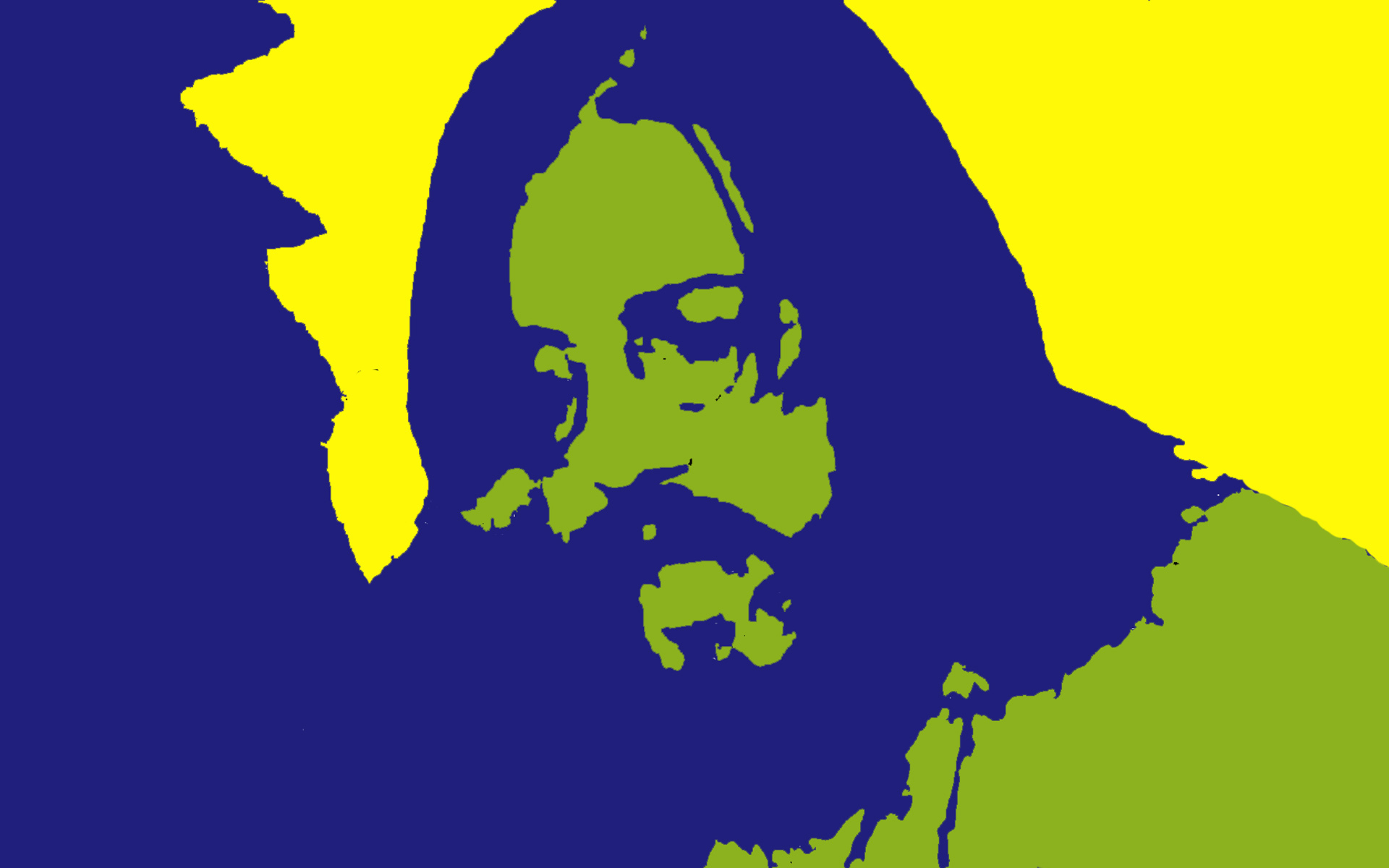 Ferre Grignard has given in 1966, on Philips (Netherlands and France[1] a single record with Drunken Sailor and Hash Bamboo Shuffle 1702. The songs were included in 1968 in the wonderful LP entitled Ferre Grignard, where Drunken Sailor got the first place.

A good article in the English Wikipedia tells that the song, which “is believed to originate in the early 19th century”, “was revived as a popular song among non-sailors in the 20th century, and grew to become one of the best-known songs of the shanty repertoire among mainstream audiences”.  “It has been performed and recorded by many musical artists and appeared in many popular media”. “Although the song’s lyrics vary, they usually contain some variant of the question, ‘What shall we do with a drunken sailor, early in the morning?’ In some styles of performance, each successive verse suggests a method of sobering or punishing the drunken sailor”.

Various websites have provided transcriptions of the lyrics sung by Ferre  Grignard. They reproduce – and probably one over the other – the same text, that we give here[2].

The Wikipedia article provides a useful statement about the pronunciation of “early”. The word “is often pronounced as ‘earl-aye’  in modern performances”. “Publications in the 19th and early 20th century, however, did not note this was the case. Neither the field recordings of Richard Maitland by Alan Lomax (1939) nor those of several veteran sailors in Britain by James Madison Carpenter in the 1920s use this pronunciation. However, opera singer Leonard Warren recorded the song in July 1947 and pronounced ‘earl-eye’. Later, on his popular recording of 1956, Burl Ives also pronounced ‘earl-eye’. Subsequently, Stan Hugill, whose influential Shanties from the Seven Seas was published in 1961, stated in that work that the word was ‘always’ pronounced ‘earl-aye’, but his statement is belied by the considerable body of earlier evidence”. We see that Ferre follows the general modern pronunciation.

The purpose of those notes is to try to identify to which version of the song, and possibly to which artist, Ferre  borrowed  it.

It has been written, in Bart Plouvier’s and Wigbert van Lierde’s Captain Disaster. Leven en lijden van Ferre Grignard[3], that Ferre needed at least some help for correcting what his friend Jef de Mep called his “synthetic English”. Jef, having been a parachutist dropped over England during the second World War, worked in Het Pannenhuis, the other main artistic stage, with The Muze, of Antwerp sixties, where Pink Floyd played in 1968.  So, he knew rather well English. Plouvier think that « Jef proposed himself to Ferre to tinker his texts ». « They needed that”, because, for Ferre, who was “too shy to sing in Flemish”, it was more easy to use English as a rhythmic support for improvising. And he sometimes took a long time, “sitting, the hands in the hair », to find the right words. Jef also taught  him the right pronunciation. For example, he corrected his way of saying “I’ll”. And Mil “Fingertips”, his well-known washboard player, also provides a useful testimony about the confusion between “Calvary” and “Cavalry” in My Crucified Jesus…

The Wikipedia article has listed many textual variations of the Drunken Sailor song, from the No. 322 in the Roud Folk Song index. One line is more generally used – if we understand correctly this article:  Put/chuck him in the long boat till he’s sober. It is also the line heading the list of variations on the site Traditional English, which is different from the Wikipedia one[4]. A book of the beginning of the 20th century encapsulated and perhaps popularized to some extent the line: A Sailor’s Garland by John Masefield (n° 1 in the Trad. English list)[5]. The verse is mentioned in the article “Shanties”, where the author writes: “It is sung in a vigorous tune in quick time. It is the custom among sailors to stamp with their feats at each ‘Way Hay’”. “The effect is very spirited”[6]. Masefield added to this first version of the song another one with the title A Runaway Chorus, with the line Lock him in the guard room till he gets sober (n° 13 in the Trad. English list)[7].

The  line Put him in a long boat version was for example adopted by Pete Seeger in his version of What Shall We Do With A Drunken Sailor? on the American Favorite Ballads, Vol. 4, published by Folkways in 1961. The line is also the first one in the song. Of course, Seeger was well-known among the Antwerp “hobos”. Bart Plouvier remembers that the one and only record he got from the American artist (with Hooker, Muddy Waters and “the first fruits of someone called Bob Dylan”, bought in La Bourse on the Antwerp Meir) was better accepted by his parents than the sounds of Ferre, who culminated in their “aversion”, “fed by his appearance”[8]. Seeger’s version of the Drunken Sailor, if Ferre heard it, could not be the only one that inspired him, because his version borrowed other words which are not in the Seeger’s recording.

The question about Ferre’s version of the first line is double: a) it seems that there is no source for Put him in the marine until he’s sober; b) the line shows a contradictory meaning, if not any meaning at all. The song deals with the punishments or snubs of a too heavy drunker. Is it the type of guy you send to the “Marine”? Instead of this word, we may hear something starting with br… The glossaries of nautical terms have the word brig, in the U.S. “an interior area of the ship used to detain prisoners (possibly prisoners-of-war, in war-time) & stowaways, and to punish delinquent crew members”[9]. Obviously, this is the word – more or less distorted – used by Ferre.

Even though the line Put him in the brig until he’s sober is missing in the Wikipedia/Roud Folk Song Index, it appears in a large variety of textual supports. Some of them testimony to which extent the line must be common. We find it in the shanty for a video game like Assassin’s Creed 4: Black Flag (2013)[10]. “Players will sail the seas and traverse over 50 islands and land masses, plundering, looting, and of course assassinating every step of the way”… The same verse is used in a rather funny video with cartoons[11]. The problem is that it is not either mentioned with reference in other lists of lines occurring in the Drunken Sailor song[12]. It is also the case for a variation appearing in “the Oldest Pirate Website on the Internet”[13]. And we are not much helped by the fact that the variation is also  to be found in a version of the song credited to Jerome Kern, an American composer who wrote Ol’ Man River (1885-1945), and Johnny Mercer, lyricist, song writer and founder of Capitol Records (1909-1976)[14]. Could we imagine that the verse is deeply rooted in the popular culture, or that it echoes to a modern recording, when we meet it in contemporary writings? It is the case in  Go Home Lake by Megs Beach(2015), a novel relating to the late 1960s[15], or in Bell Bottom Trousere’s -Log 1. A memoir by R.E. McGuire (2010), “tale of a boy emerging into a young man into the early forties” and who joined the United States Navy in 1941[16]. Let open the search  for Ferre”s source. Ferre’s second verse – Heist to the ball with a running bowline. –  is more comprehensible as it is generally transcribed. The bowline  is “a type of knot, producing a strong loop of a fixed size”, or “a rope attached to the side of a sail to pull it towards the bow”[17]. With a “running knot”, the drunken sailor could be “hoist” upwards. But what is the ball? ?  Probably the  anchor ball: “a black ball hoisted in the rigging   forward to indicate in day time that the ship is at anchor”[18]. One site mentions

Hoist him aboard with a running bowline[19]. It could be Ferre’s source. But the site does not indicate where the line has been found. We also find Trice him up in a runnin bowline on the sea chanteys sung by the Robert Sham Chorale (about 1959), put in light by Comparative Video 101, led by Jim Moran[20]. We borrow to this most interesting site the final illustration of those notes.

In conclusion, we have made a small progress in transcribing Ferre’s first verse, totally different of what we find on Internet about the Antwerp singer, which was close to non-sense. We have a lead to follow about the second verse.

In the winter of 1966, Ferre  jumped “in the top 30, first with Ring, ring, I’ve got to sing as N° 10 and with Drunken Sailor as N° 16”[21]. He was ready to be booked for public performances in Paris,  Hamburg and for the Jazz Bilzen Festival ‘67, with the sensational Cuby and the Blizzards heading the program  My wife Alice, her brothers Jean-Marie and Bruno with whom we had started The Ox band, and I were there.

Thanks to Betty and Will for precious talks and for “Keeping Ferre’s Lamp Trimmed and Burning”.