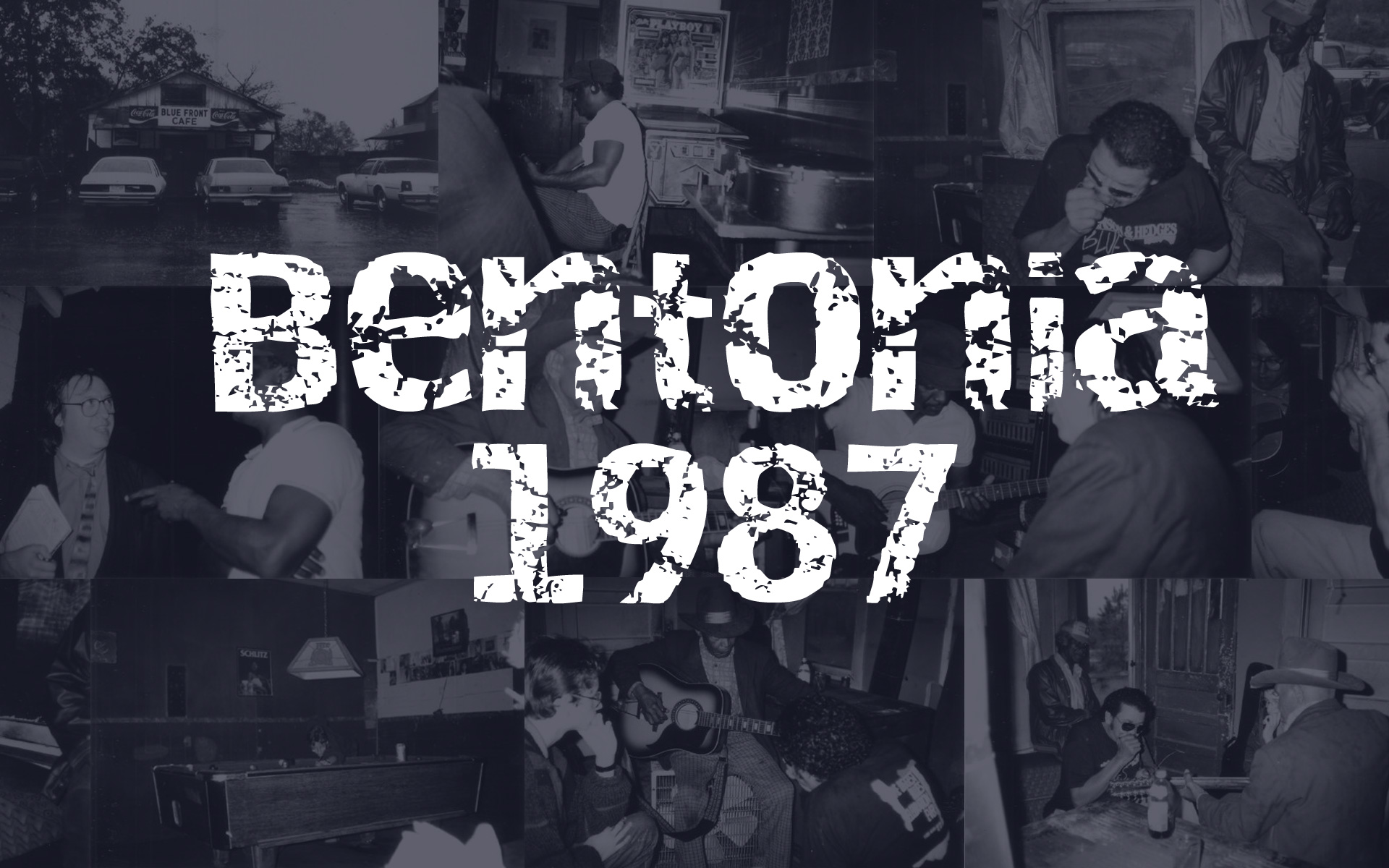 In 2006, Broke and Hungry Records (St. Louis) published the first album by Jimmy “Duck” Holmes Back to Bentonia. Bentonia (Mississippi) was Skip James’ hometown, where he developed his particular blues style in minor open tuning. In 1987, I made a trip to Bentonia with my son Gilles, my wife Alice and one of her cousin. We arrived when the sun was down. On the public square, just one guy, rolling in a rocking chair at the Texaco station (according to my wife’s memory). I asked if somebody knew Jimmy Holmes, mentioned by our friend Robert Sacré as a typical Bentonia bluesman in his book on Charley Patton, the voice of the Delta. The guy told me, laughing: “O’ course, man, I’m his brother. He’s playing pool around the corner at the Blue Front Cafe.” Jimmy Holmes, a tall guy who seemed in the beginning of his fourties (?) and who was running the Blues Front Cafe, welcomed us very graciously. I showed him the book where R. Sacré talked about him and he was somewhat surprised. while my son was playing pool. He promised we could meet Jack Owens, approximatively 84 years old, who was also living in Bentonia perpetuated in the closest way Skip James’ music.

With a bottle a Jack Daniels – the first one of our meeting – we went the day after to Jack Owens country shack, under a hard rain, Jimmy Holmes leading us. Jack was waiting for us in company of the legendary harp player Bud Spires (who is also on the 2006 record). He got into “Hard Time Killing Floor”, “Devil got my woman” and other Skip James standards with Bud Spires, my son watching carefully. A break allowed him to go with Jimmy to the store for another bottle of whisky. I was shy and reticent to tell Jack I was myself trying to play some Skip James song. But as he got warmer, and as we had a guitar in the trunk (seemingly Jimmy 12-srings), he wanted to see how I managed this and I got in. I couldn’t assert I was really convincing. Jack Owens, for this lesson which lasted one hour, asked me a nice little sum I couldn’t really give. The atmosphere got colder. He talked about what he just received a few weeks before from Japanese blues lovers, for an interview. He finally took me by the collar and, despite being 83 years old, threw me out, not really proud, among the pigs growling in the mud in front of the house.

I learned later on from David Evans that Jack Owens always got a gun in his boots. He received the National Heritage Fellowship given by the Federal Government for keeping folk tradition alive. He kept until his death the 10 000 dollars of the prize hidden under his shirt.

He died on February 13, 1997, ten years after my visit, and a hundred or so people filed, a few days later, into the Old Liberty Missionary Baptist Church in Bentonia, where I never went back.