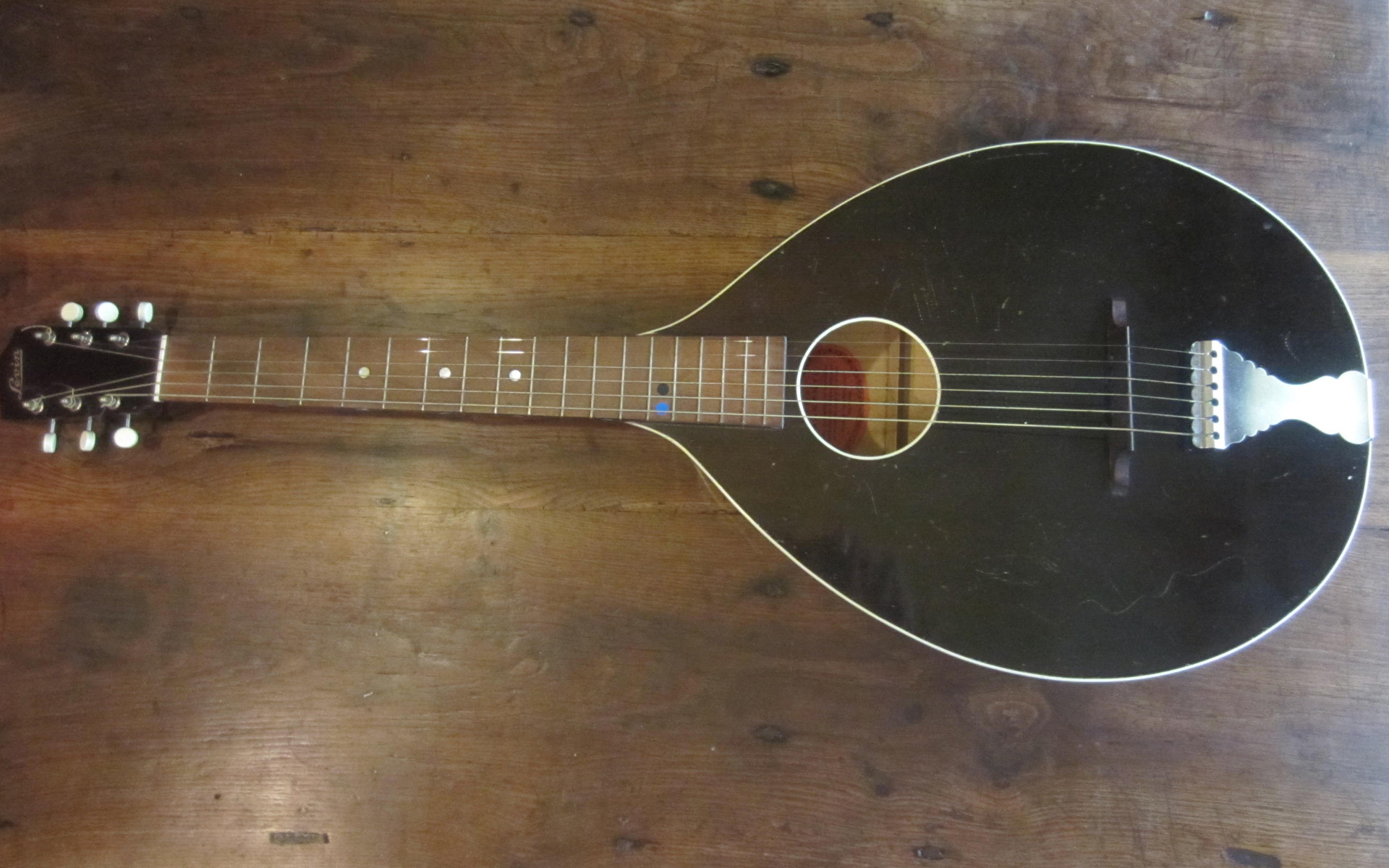 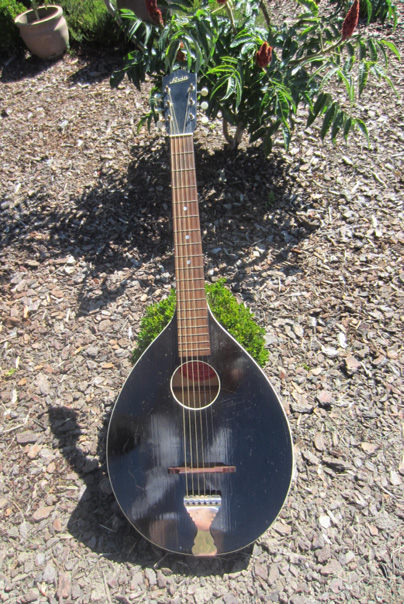 Here is my Guitar Lute Levin Model 131 of the thirties bought in Halkan’s Rockhouse, “Home of Vintage Musical Instruments” (Stockholm, Sweden). The instrument is a birthday-gift from my family and from the webmaster of this site, Muriel Collart, for my 74th anniversary.

According to the Swedish website “Vintage Guitars” (info@vintage-guitars.se), this 6-string lute has a spruce top (épicéa) with undetermined bracing and birch back and sides (bouleau). The fingerboard is in walnut (noyer) with mother-of-pearl dot inlay. The single-bound top is in dark-brown finish. It has an unbound flat back. As it can be seen below, it differs from the contemporary Model 127 as the latter was in golden brown finish, but also as – at least in the 1934 catalogue – the Model 127 has a wood bridge and the Model 131 a metal tailpiece. The latter, in the shape of a cup, was used as soon as 1928 in the Model 135 during all the thirties. These Model 131 and the Model 127 may also be easily distinguished as the first has three dots inlay and the other four. 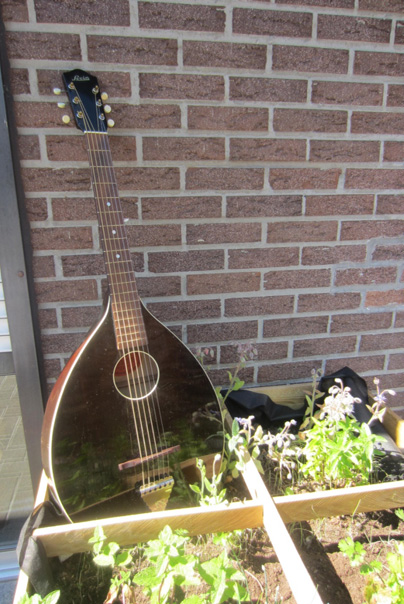 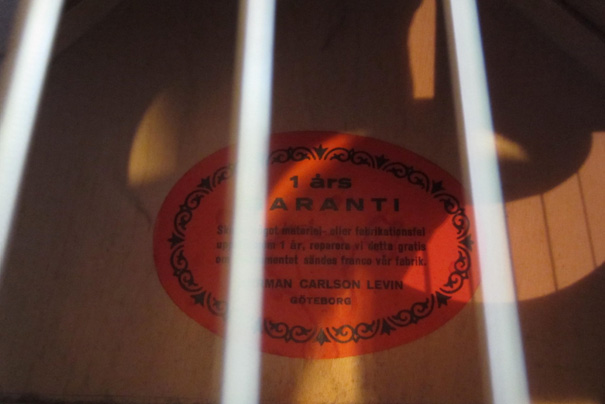 But you may also hear what he can do with a parlour Levin Model 267 of 1934: this guy has the blues, definitely! https://www.youtube.com/watch?v=JXBKzmjzV7M