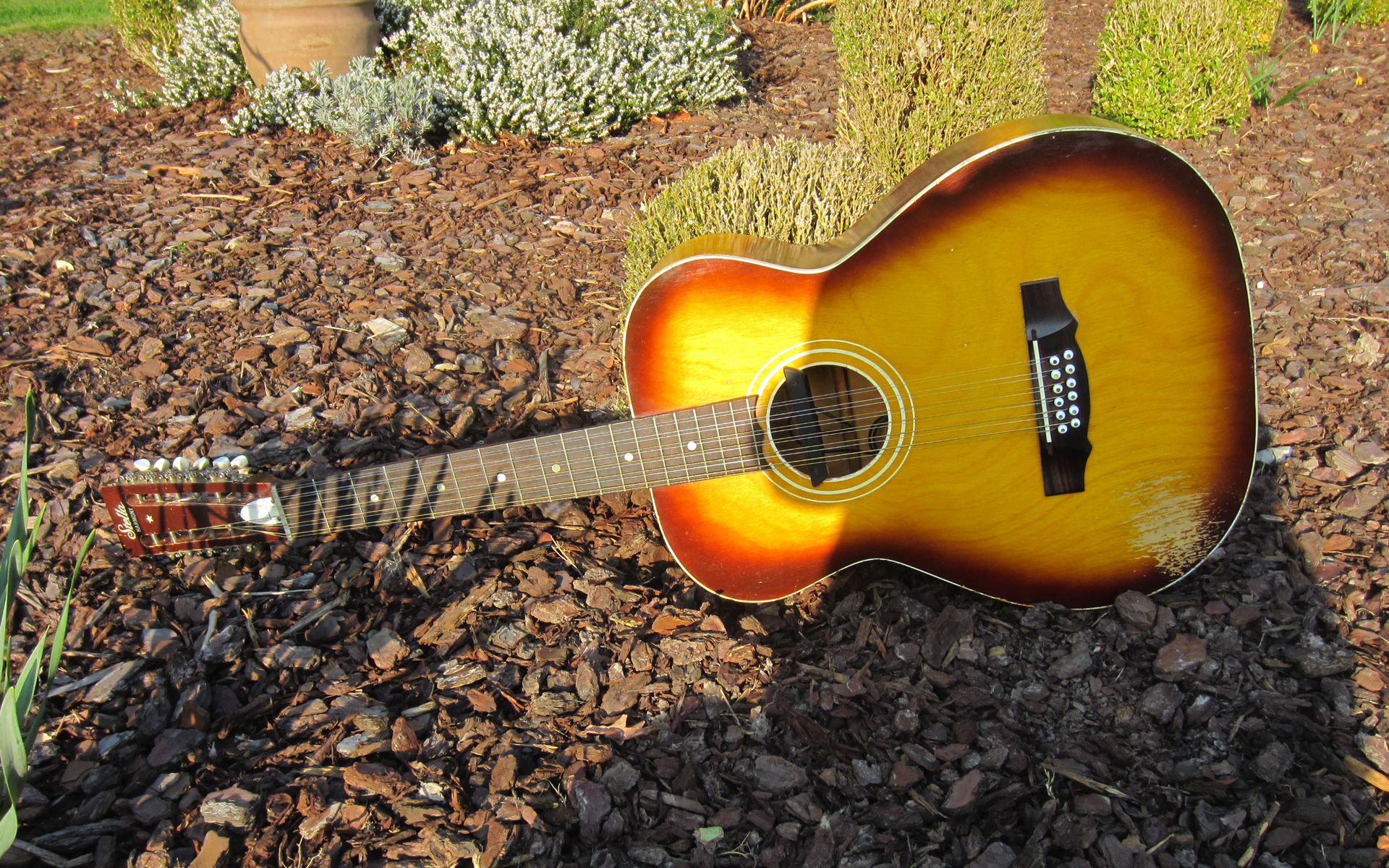 I bought this guitar in the seventies or eighties to Subway Guitars (1800 Cedar Street, Berkeley, USA)… and it is a part of the problem (Ill. 1-2). The head has an inscription saying: “FATDOG 02”, which refers to the founder of the shop, since the latter, is called “Fatdog’s World Famous Subway Guitars”, supposedly according to the name of the founder “Pha T. Duag” (ill. 3). There are three models of the Stella Harmony 12 strings: H913 in natural finish; H912 and H922 in sunburst. This one is a sunburst. It is difficult to imagine that it is a H922, produced from 1940 to 1964, which has a “rounded  body” and was replaced from 1964-1968 by the H912, “auditorium size”. The problem is that my 12 strings has not the metal tailpiece found in almost all the H912 that I have seen, especially in the Harmony Database (42 images). The strings are attached on the bridge (ill. 4-5). On the slot head, a plastic triangular piece is white with the inscription  “MADE IN USA” like in most of those pictures. My copy has lost its pickguard. The other features are common to the models H912, H913 and H922: all solid birch, trimmed in white-painted binding; the neck could be poplar. The measures: 11,61 upper body width; 14,96 lower body width. The 1965 catalog says: “CAUTION: A 12 strings guitar should never be tuned up to regular 6-string guitar pitch, to avoid pulling up the top or bowing the neck. Experienced players recommend tuning three, or four half-tones lower.” Mine is tuned in C for the moment.  The neck was reset by Jérôme Nahon. The guitar produces “the bright, jangly sound that the H912 is known for”. “At the height of the folk boom in the 60s, Harmony produced guitars by the hundreds of thousands.  Out of this pack emerged the H912” (https://www.vintagebluesguitars.com/). “Moderately priced”, it was called the “proletarian guitar”. Many Harmony instruments are to be sold on Subway Guitars (http://www.fatdawg.com).