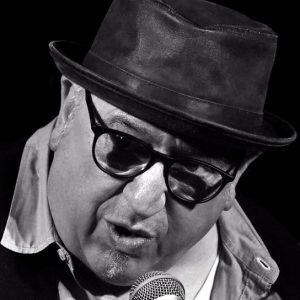 Elmore D. plays and sings the blues for such a long time. On stage, he mainly uses a National Triolian of 1934, an Emil Grimshaw Revelation of the thirties, some Stella Harmony 12 strings, mandolins and banjolins (1910-1940). He sometimes plays “primitive” harp. He made 7 albums, one of them having been produced by Pacific Blues Recordings Co (California). He has collaborated to Charley Patton: Voice of the Mississippi Delta, edited by Robert Sacré (Univ. Press of Mississippi, 2018).